World goes Bananas for Maurizio Cattelan: My podcast and my documentary 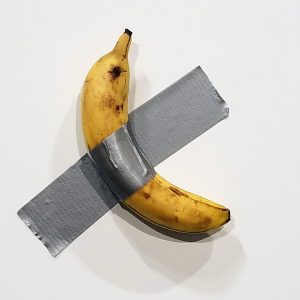 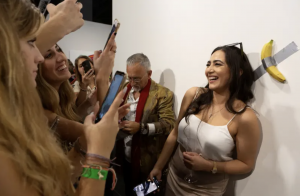 I was invited onto The Art Newspaper Podcast to talk about the work and the artist.

I have long been a fan of Maurizio’s. He has a unique imagination. His work is critical and politically engaged and no one can make a point as simply as he can, or as funnily. He is a kind of political cartoonist except he works in 3D. In fact I made a documentary about Maurizio in 2003, titled “How to Get A Head in the Art World.

Media from VOGUE to the NEW YORK TIMES offered an explanation of the art work, which was of course based on a much earlier piece Maurizio did , “A Perfect Day” (1999) when he taped his Italian dealer Massimo di Carlo to the wall. 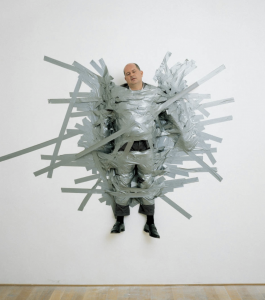