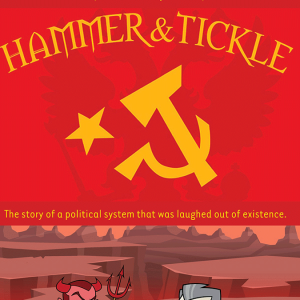 The film is illustrated with a combination of rare archive, interviews (Lech Walesa, General Jaruselski) and recreations of the jokes in sketches and animations.  It is packed with strange stories – the official who collected jokes for Ronald Regan, the Polish prankster who gave away toilet paper to deprived fellow citizens, and the Romanian statistician who collected and analyzed Communist Jokes to reveal the part they played in the downfall of the Communist system.