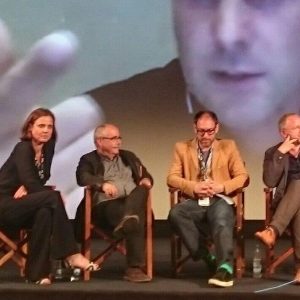 With whistle-blowing and global finance remaining as challenging issues, BLTV’s most recent investigative documentary Falciani’s Tax Bomb made its timely German première with Q&A at DokFest Munich, followed by screenings at Sheffield Doc/Fest and DocsBarcelona this May and June.

Festival-goers gained an inside-look into the controversy over banking privacy and tax evasion after the watershed data theft by HSBC banker, Herve Falciani.

This film goes into the story of 2008 when the former employee of HSBC stole over 300,000 bank accounts and distributed them to tax authorities worldwide, shaking the foundations of the global finance industry.

With direct access to Falciani, often described as the Snowden of the banking world,  Ben and the team explore the context of his actions and the turbulent consequences that ensued.

If you missed it, don’t worry, as we will be releasing it soon on DVD and Itunes.

In the meantime, you can check out the trailer below.