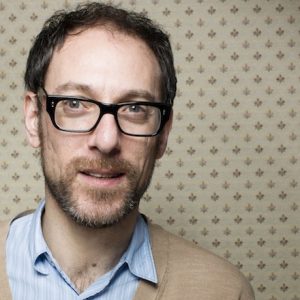 2013 was a fantastic year for BLTV and Polar Star Films with Google and the World Brain being screened and screened and then screened some more.

After getting the year off to a high with Sundance Film Festival, Google and the World Brain went on to screen at countless festivals and on numerous television channels, in many countries throughout the world. Ben took the challenge of attending as many of these festivals as possible to talk with the audience and to get involved in a number of Q&A sessions. If you were lucky enough to catch the film, on the big screen or on the telly, then you will understand all of the hype that came with it. A fascinating subject which gave as many new questions as it answered.

If you are still looking for the opportunity to watch, you can! Stream the film here on Distrify or buy the DVD through the Polar Star Website.

Aside from Google and the World Brain, Ben was involved in other numerous exciting projects.

CPH:Market – Ben was asked to be a curator for a video-on-demand film market that was running in connection with the CPH:DOX festival. He was tasked with selecting 10 British films for the market. More information can be found via the CPH:DOX website.

Eyestorm Guest Curator – Ben was asked to be a guest curator for Eyestorm online contemporary art magazine. He was tasked with curating an ongoing series of prints from artists that, in his opinion, can last the distance.

New Projects – 2013 saw Ben begin development on 3 new films. This has so far included a number of world-wide shoots, lots of interesting interviews and plenty of pitches. Watch this space for more news on these projects!

And last, but certainly not least, 2013 also saw Ben welcome his son into the world! Congratulations to Ben and his girlfriend Niamh on the birth of Lorcan!