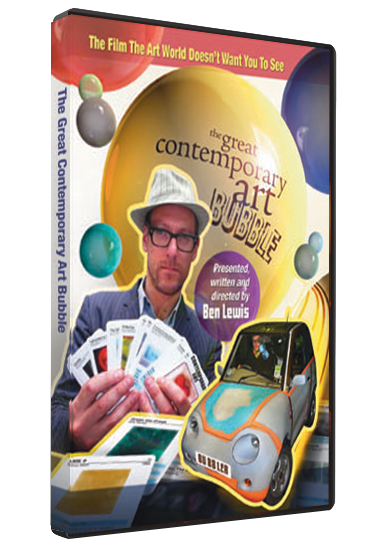 On September 15th 2008, the day of the the collapse of Lehmans, the worst financial news since 1929, Damien Hirst sold over £60 million of his art, in an auction at Sotheby’s that would total £111 million over two days. It was the peak of the contemporary art bubble, the greatest rise in the financial value of art in the history of the world. One art critic and film-maker was banned by Sotheby’s and Hirst from attending this historic auction: Ben Lewis.

Why? He had spent the whole of 2008 making a documentary investigating the reasons behind the booming contemporary art market, and they didn’t like what he was finding out.

Art critic and film-maker Ben Lewis spent over a year investigating this contemporary art bubble in Europe, America and China and discovered a world of secretive deals, speculation, tax breaks and market manipulation that involved the whole art world – dealers, collectors, galleries, auction houses and even public museums. In the climax of the film, his discoveries lead him to play his own small secret part in the bursting of the contemporary art bubble. Includings interviews with leading dealers, gallerists, auction house specialists, artists and financial analysts.