The Beatles, Hippies and Hells Angels: Inside the Crazy World of Apple

It’s 1967 and the Beatles face a major problem: they are the most famous, commercially successful band ever, but their tax bills could bankrupt them. Their answer is to invest their money in a new company, Apple Corps. Today Apple Corps just runs the Beatles back catalogue, but for five glorious years in the late sixties, it was one of the most colourful, outlandish and chaotic companies that ever existed. The Beatles set up a fashion shop, hair dressing salon, tech start-up (Apple before Apple), poetry division, film production department and of course their own record label. The idea was to spread the values of the new Hippie movement around the world. But things will go wrong, if you drop acid during office hours. In this unauthorised film, the true inside story behind Apple is told by the people who worked for the company, from record label executives and the Beatles personal assistants to the office boys and secretaries. Their inside stories are illustrated by never-before-seen archives of photographs taken in Apple’s offices, plus specially-commissioned animation and rare archive footage. What emerges is a comic cautionary tale about the peaks and pitfalls of Hippie-dom. The film is narrated by Peter Coyote, legendary counter-cultural activist, actor and author, who visited Apple’s offices with the Hells Angels in 1968 As Beatles longtime assistant Tony Bramwell says “How can you be a Hippie, when you are earning a million pounds a week?”

Review in the Independent

I talk about directing this film in an article for BroadcastNow.

Here is the animator Fons Schiedon’s compilation of his work on the film: 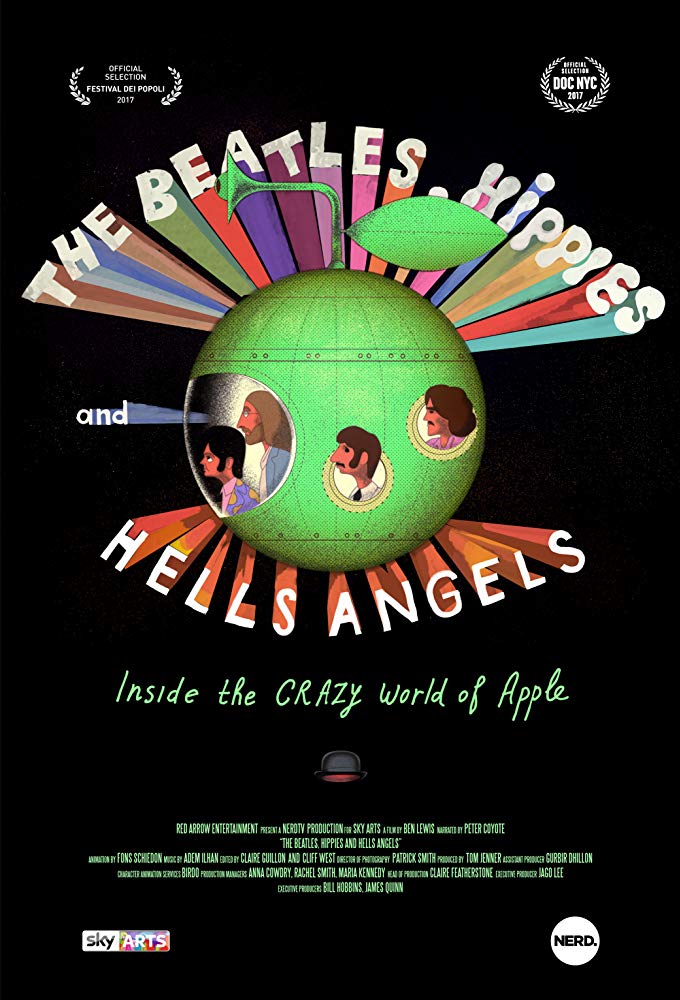