Bashar Al Issa, a bankrupt Middle Eastern entrepreneur and Aoife Madden, an unemployed Irish actress join up to make feature films. Their first movie will have an almost unheard-of budget for a British film of £20m. But there’s a problem – the money never actually comes in. Undeterred, Bashar and Aoife submit £8m of production accounts to the British taxman and claim £2.5m in film tax breaks. The authorities smell a rat. They investigate, arrest, and charge the producers, and then bail them.

While out on bail, the producers decide to prove their innocence by actually making a film. They hire Paul Knight, a former nightclub bouncer, now a self-made film director, whose credits are some unreleased and unfinished films uploaded to Youtube, to make their movie for just a £100,000. The title: “A Landscape of Lies.” Paul Knight recruits an unusual cast that include one of the presenters of ITV’s daytime show Loose Women, Andrea McLean, and soap opera and gangster film actors Mel Mills, Danny Young (Coronation Street, Dancing on Ice), Marc Bannerman (Footballers’ Wives, Holby City), Victoria Hopkins and Danny Midwinter (Casualty, East Enders, The Rise of the Krays). The trial day slowly approaches. Will this film save Aoife and Bashar – hapless newbie film-makers or cunning tax fraudsters – from lengthy prison sentences?

Featuring a never-before-seen trove of 300GB of behind-the-scenes footage, photos and video diaries, Chancers is a true-life tale of determination, dedication, desperation, and deception set in the world of the low budget British film biz. This documentary is a comic British crime caper and heist movie, but here, the heist is the movie. 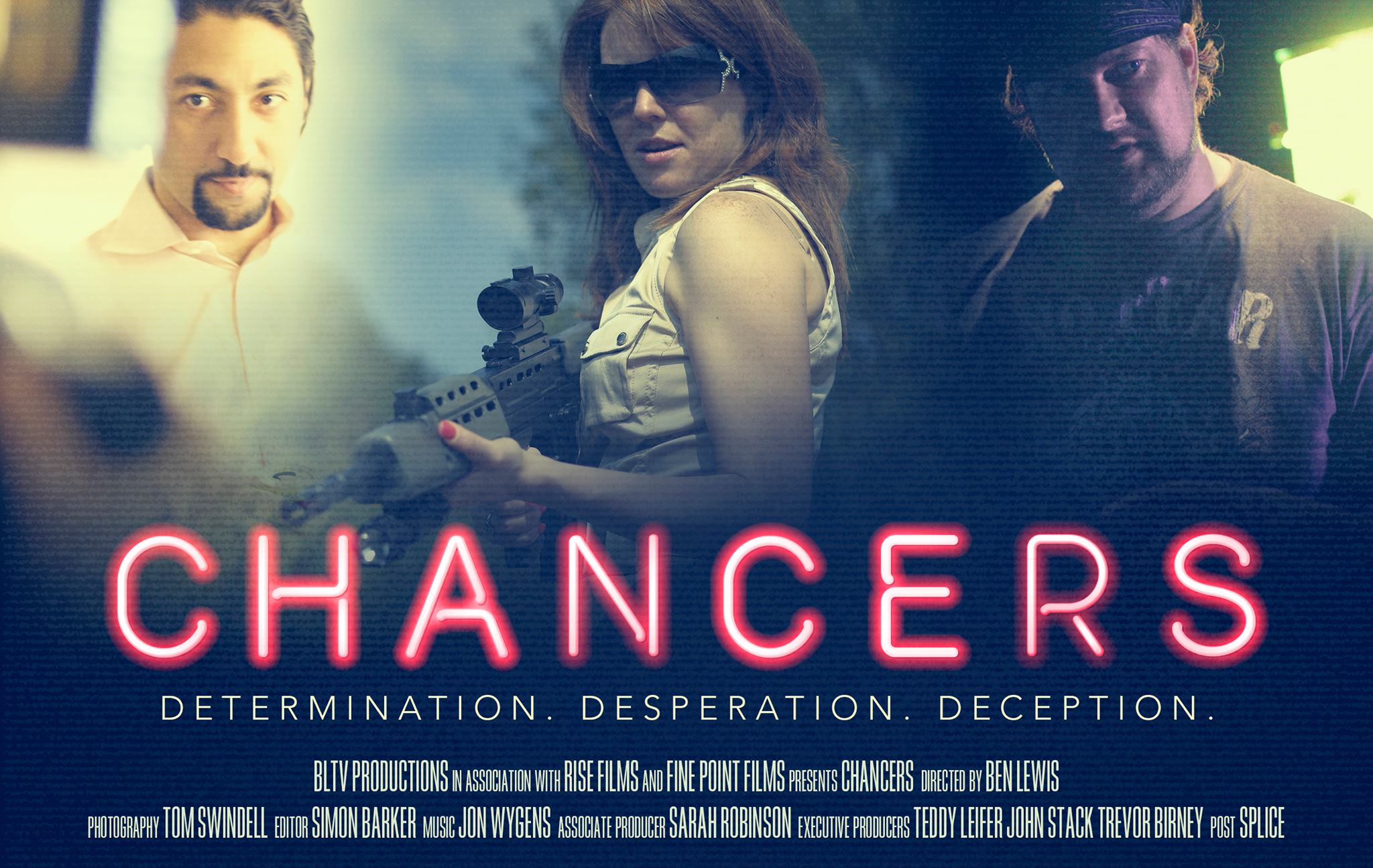