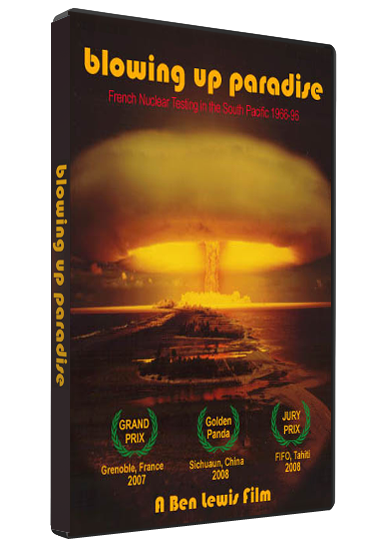 For thirty years, despite worldwide protests, the idyllic Moruroa Atoll in French Polynesia was used as a site for France’s nuclear tests. Despite repeated assurances by the French government that the blasts posed no environmental or health dangers, today this once environmentally pristine locale is contaminated by radiation and many of its inhabitants suffer from skin ailments, cancer, and leukemia, among other diseases.

Blowing Up Paradise uses color archival footage to chronicle France’s explosion of various nuclear devices, in violation of the international test ban treaty, from the first test in 1966 to the last in 1995. Interviews with former and current French government officials, scientists, and nuclear advisors illuminate France’s political agenda of the era as well as its continuing denial of responsibility for the social devastation wrought and its refusal to pay any compensation to former test workers.