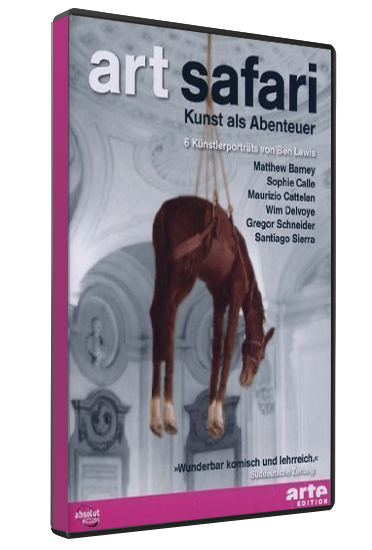 ART SAFARI: The name says it all. With Ben Lewis, Art Freak and award-winning director and writer, this series goes on big game hunting in the jungle of contemporary art and discovered unusual sides equally outstanding and controversial artists from around the world. Instructive, but not didactic, funny, but not shallow, Lewis feels among others the Italian sculptor Maurizio Cattelan after, the French Photo and action artist Sophie Calle, “Cremaster” Matthew Barney, the Spanish political art provocateur Santiago Sierra, the German Biennale Star Gregor Schneider and one of the wildest artists the world has ever seen, the Belgian Wim Delvoye with his tattooed pigs.

Art Safari carves its way through the often insular world of traders, connoisseurs and critics. The series helps some of the most extraordinary works of art, which previously had no access a broad audience, the discovery and deeper understanding. Will be presented about the secrets of a machine that produces feces, and a museum that is filled with mud. Cinematic documents full analytical adventures and adventurous analyzes.