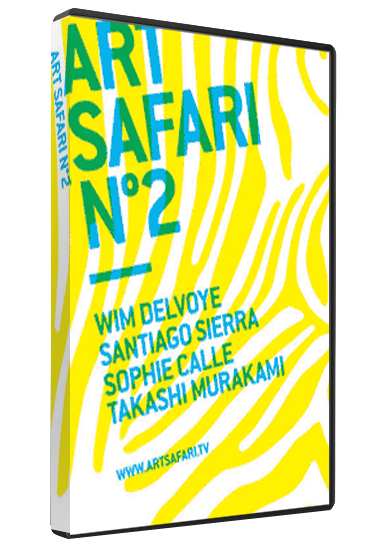 Following the runaway success of the multi-award-winning first BBC4 series of ‘Art Safari’, documentary-maker Ben Lewis, returns with another survey of the world’s most interesting, imaginative, intelligent and insane contemporary artists.

WIM DELVOYE is the world’s rudest artist. Cloaca is a work of art and a machine which reproduces the human digestive system. You put food in one end and faeces comes out the other. But is this s**t for real?

SOPHIE CALLE is the Grand Dame of French contemporary art. Her art often involves following a set of rules or executing a task devised by someone else. She wants Ben to come up with an artistic idea for her to do…

TAKASHI MURAKAMI is Japan’s most successful contemporary artist. He makes super-sized cartoons and toys inspired by Japanese Manga comics. His art may look superficial and commercialised, but behind it lies a theory about the history of postwar Japan.

SANTIAGO SIERRA is Spain’s anti-capitalist artist and one of the world’s most radical artists. Ben travels with him to the heavily militarised border between North and South Korea, and then to globalisation hub of Dubai. but there’s friction between artist and TV presenter…

Comes with a 12-page Bonus Booklet, with essays on each artist/episode by Ben Lewis